You are here: Home » Views In Brief » Regulatory Failure in Flint, Michigan

The Flint, Michigan water crisis represented a failure of government at multiple levels. However, the damage could have been prevented if key components of a regulation evaluation process had been required at the inception of the rule making process. A coordinated implementation strategy along with enforcement to ensure regular retrospective review could have, in the case of the National Primary Drinking Water Regulations and Safe Drinking Water Act, prevented the crisis that occurred in the Flint water system. A high level framework, applied to all regulation making, should be created and implemented to provide guidance to regulators on how to conduct retrospective evaluation. 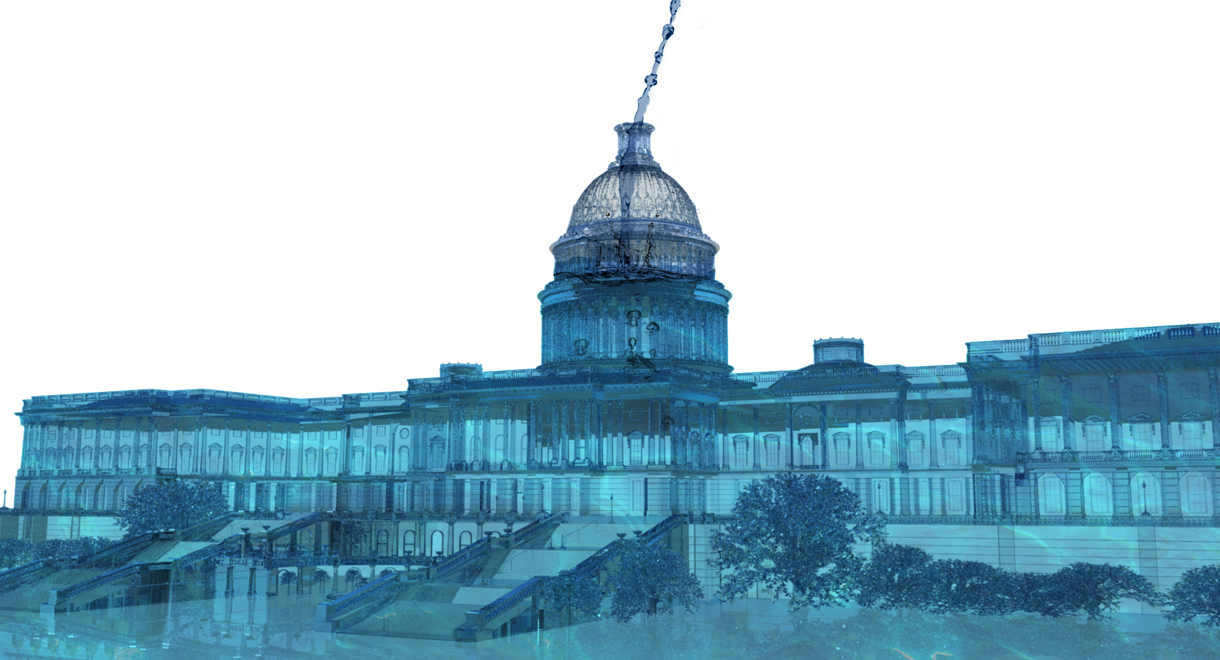 The water crisis in Flint, Michigan was in large part a failure of the regulatory system. Specifically, the system failed to consistently and effectively monitor and improve regulations that control the quality of municipal water. The crisis began when state-appointed officials switched Flint’s drinking water supply from the Detroit Water and Sewage Department to the Flint River on April 30, 2014. Following this change to sourcing the town’s drinking water from the Flint River, Flint’s water violated multiple National Primary Drinking Water Regulations (NPDWR) levels established by the Safe Drinking Water Act (SDWA) throughout 2014 and 2015.1 Flint resident Lee-Anne Walters first notified EPA Region V of high lead levels in drinking water in February 2015, when Flint utility administrator, Mike Glasgow, measured lead at 104 ppb in her home. In response, the City of Flint tested the drinking water for iron and lead multiple times, and even after pre-flushing, found excessively high lead and iron levels. The EPA Region V made numerous inquiries about whether the required optimized corrosion control treatment (OCCT) program was being implemented. After first stating that they were implementing OCCT in Flint, Michigan Department of Environmental Quality (MDEQ) admitted in April 2015 that they had not been doing so.2 The MDEQ decision to not immediately implement OCCT led to the corrosion that resulted in drinking water contamination.

The water crisis in Flint, Michigan was a result of “government failure, intransigence, unpreparedness, delay, inaction, and environmental injustice” 3 at the local, state, and federal levels. This should come as no surprise as the US regulatory management system has changed little since it was first overhauled in 1981, and as a result, the US is falling behind other developed countries, which have been updating their regulatory management systems and regulations in recent years.4 Our outdated regulatory system is still unable to protect its citizens despite three executive orders (EO 13563, EO 13579, and EO 13610) calling for regulatory review to improve regulations’ efficiency and efficacy. Systematic review of the SDWA and its implementation would have prevented the Flint crisis by exposing the failures of oversight at the local, state, and federal levels. By implementing a framework for retrospective evaluation, which assesses a regulation’s effectiveness in meeting its objectives after implementation, the Flint water crisis could have been prevented. The US lacks coordinated implementation and enforcement to ensure that agencies are completing effective retrospective review, making the process ad hoc and creating an environment where its citizens are placed in harm’s way by situations such as that in Flint, Michigan. Our regulatory system consists of a culture where efficacy is determined by regulators simply checking boxes rather than ensuring protection. This article explores the Flint water crisis and how it could have been prevented if key components of retrospective evaluation were required to facilitate the regulatory process and protect Americans as regulations were intended.

A FRAMEWORK FOR RETROSPECTIVE REVIEW

Cary Coglianese, professor of law and political science at the University of Pennsylvania, is director of the Penn Program on Regulation. According to Coglianese, “Rather than relying on impressions, the federal government needs careful, systematic research that addresses the question of causation: What benefits and costs can actually be attributed to a regulation after it has been implemented?” 5 A framework for guiding regulators in ex post evaluation requires “indicators to measure relevant outcomes of concern” and “research designs to support credible inferences about the extent to which a regulation has actually caused a change in the measured outcomes.” 6 Assigned responsibility for measurement would allow regulators to determine whether a regulation is operating to an appropriate level of efficiency and if it is meeting its intended outcome. This would require that the regulation itself specify how scientific measurements and a systematic process of unbiased evaluation would improve transparency and accountability, and would prevent crises that result from ineffective or insufficient regulation.

Through our research, we identified three principles to guide regulation evaluation:

These principles would have helped prevent the crisis by requiring monitoring of the SDWA to ensure that the outcomes were meeting its intended purpose, especially if the change in water supply would have triggered a periodic review. Prior to MDEQ’s decision to switch the source of drinking water to the Flint River in 2014, the Office of Drinking Water and Municipal Assistance (ODWMA), which is responsible for SDWA enforcement and lending assistance to public water suppliers, anticipated this would create problems, “but deferred to state emergency manager decisions to proceed.”8 If the framework suggested here had been in place prior to the crisis, requiring the EPA to monitor how the SDWA was performing, there would have been tracking of the MDEQ’s adherence to the goals of the SDWA. As a result, MDEQ’s actions would have been more transparent, and the EPA may have actually held the MDEQ accountable for their decision to change the source without triggering a comprehensive monitoring or ensuring that appropriate OCCT measures were being implemented.

Another factor leading to the crisis was the “inadequate and improper sampling of distribution system water quality, potentially in violation of the Safe Drinking Water Act.”9 MDEQ instructed Flint Utilities Department to implement techniques such as sampling water that was pre-flushed and failing to test homes considered high-risk for lead.10 Pre-flushing, which involves letting the water run prior to taking lead samples, is discouraged by the EPA, but is not illegal. Evaluation of the measurement approach would have facilitated the discovery of Flint’s fundamentally flawed water quality sampling method,11 and would have shown that pre-flushing was distorting Flint’s data. Additionally, the EPA considers a system in compliance with the lead and copper rule (LCR) if at least 90 percent of the homes tested for lead contain 15ppb or less, known as the “90th percentile level.” Review of this tool would have revealed that officials nationally manipulate test results by conducting more tests to lower the average, so as to discount the highest samples that may exceed 15 ppb.12 Accordingly, the existence of such manipulation suggests a second regulatory principle needs to be enforced.

Regulatory Principle #2: Regulatory agencies should be held accountable for their retrospective review processes and evaluations.

To improve regulatory transparency and accountability, agencies should involve the public in the regulatory process to check and provide feedback on the purpose, efficiency, and need for a regulation, both before and after a regulation is put into place.13 We compile principles that could guide implementation:

Periodic review of the SDWA’s LCR would have revealed that the regulation was not achieving maximum efficiency or efficacy. MDEQ misinterpreted the SDWA’s LCR, which “requires public water systems to minimize lead and copper levels in drinking water by controlling corrosion in the distribution system…by implementing corrosion control treatment.”17 MDEQ chose not to require Flint to implement OCCT immediately, deferring the decision until after the second six-month monitoring period, although the EPA had “advised MDEQ that the LCR unambiguously requires OCCT.”18 Although the EPA is now reviewing and revising the rule, had such measures been in place beforehand, requiring periodic review of the LCR’s effects and comparing them to its intended purpose, the EPA would have recognized the LCR’s inconsistent implementation earlier. Furthermore, periodic review likely would have revealed that the minimalist culture of the ODWMA at the MDEQ, which considered “technical compliance” sufficient, and was failing to ensure the safety of human health and the environment which was the intended goal of the SDWA.19

Finally, the “disregard of compelling evidence of water quality problems and associated health effects” and “callous and dismissive responses to citizens’ expressed concerns” contributed to the problem.20 The Flint Water Advisory Task Force determined that communication regarding the Flint water situation and its impacts to health has at times been inappropriate and unacceptable.21 Had the principles stated above been in place, requiring reliance on indicators and/or attribution, MDEQ would have been held accountable for intentionally disregarding the evidence. By engaging the public, regulators would have required public involvement and communication of data to the public. Moreover, the public might have been able to publish data collected in their homes, and thereby act as a check on MDEQ’s actions and procedures, ensuring that the impacts and goals of the SDWA were being assessed.

The US regulatory system produces thousands of regulations every year, yet a coordinated implementation strategy for making effective regulations does not yet exist. Regulatory agencies implement the laws Congress creates to keep the United States safe, prosperous and fair. Without a regulatory system that can effectively and efficiently enforce the laws, the entire regulatory system undermines our Constitution and does little to protect the citizens of the United States. In order to effectively implement retrospective evaluation, policy must be created to implement a framework, such as the one described here, at a national level. The framework should enforce periodic re-evaluation of regulations, and revisions to stay current and achieve maximum effectiveness. Finally, in order to increase transparency and accountability through public involvement, all agency data, documentation, and communication should be published on the Internet for the public to view. This provides the public the opportunity to validate reviews and ensure that the government is conducting retrospective reviews appropriately and as needed. Congress should enact legislation that ensures a framework is put in place that allows for the determination of regulatory efficiency and efficacy. Otherwise, the crisis in Flint, Michigan will continue to be a symptom of a broken system rather than the spark that forced us to improve our regulatory process.

7. Cary Coglianese, in “Measuring Regulatory Performance Evaluating the Impact of Regulation and Regulatory Policy,” defines indicators as “empirical measures of outcomes” and attribution as “drawing of empirical inferences about the extent to which the treatment has actually caused any of the observed changes in indicators.”

13. Based on discussion with Hon. Tevi Troy (former Deputy Secretary of Health and Human Services and the author of Shall We Wake the President? Two Centuries of Disaster Management from the Oval Office), March, 2016.

14. Joseph E. Aldy, “Learning from Experience: An Assessment of the Retrospective Reviews of Agency Rules and the Evidence for Improving the Design and Implementation of Regulatory Policy,” Administrative Conference of the United States, (2014): 67.

16. Joseph E. Aldy, “Learning from Experience: An Assessment of the Retrospective Reviews of Agency Rules and the Evidence for Improving the Design and Implementation of Regulatory Policy,” Administrative Conference of the United States, (2014): 7.

Carly Brody graduated from the University of Maryland in May 2016, where she double majored in Environmental Science and Policy and American Studies. She is now researching climate change indicators at the Earth System Science Interdisciplinary Center at the University of Maryland. In September, she will travel to Israel to intern at the Arava Institute for Environmental Studies at the Center for Transboundary Water Management. She interned with the Regulatory Science and Engineering Center at the Potomac Institute for Policy Studies in Spring 2016, and can be reached at: carbrody @ gmail.com.