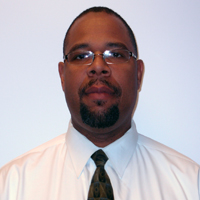 Herbert Hunter has worked as a Security Professional for over 25 years.   During his career in the area of security, he has performed various duties such as Personnel, Administrative support and Physical Security.   Mr. Hunter has also enjoyed the opportunity to travel overseas to countries including Japan, England and others, in support of government security missions.  He has supported a variety of government agencies including DARPA, NSA, CIA, and various branches of the military.