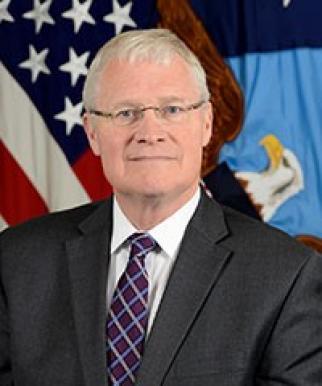 Mr. Alan R. Shaffer served as the Deputy Under Secretary of Defense for Acquisition and Sustainment (A&S) from January 2019 to January 20, 2021. Senate confirmed in January 2019, he was responsible to the Under Secretary of Defense (A&S) for all matters pertaining to acquisition; contract administration; logistics and materiel readiness; installations and environment; operational energy; chemical, biological, and nuclear weapons; the acquisition workforce; and the defense industrial base.

From 2015 to 2018, Mr. Shaffer served as the Director, NATO Collaboration Support Office in Neuilly-sur-Seine, France. In this role, he was responsible for coordinating and synchronizing the Science and Technology (S&T) collaboration between NATO member and partner Nations, comprising a network of about 5,000 scientists.

Before entering the federal government, Mr. Shaffer served 24 years as a commissioned officer in the United States Air Force and retired in the grade of Colonel. While serving, he held positions in command, weather, intelligence and acquisition oversight with assignments in Utah, California, Ohio, Honduras, Germany, Virginia and Nebraska.

His military career included deployments to Honduras in the mid-1980s and direct support of the United States Army, 3rd Armored Division in Hanau, Germany. During Operation DESERT STORM, he was responsible for deployment of the 500-person theater weather force and upon retirement from the Air Force in 2000, Mr. Shaffer was appointed to the Senior Executive Service. In 2001, he assumed the position as Director, Plans and Programs, Defense Research and Engineering.