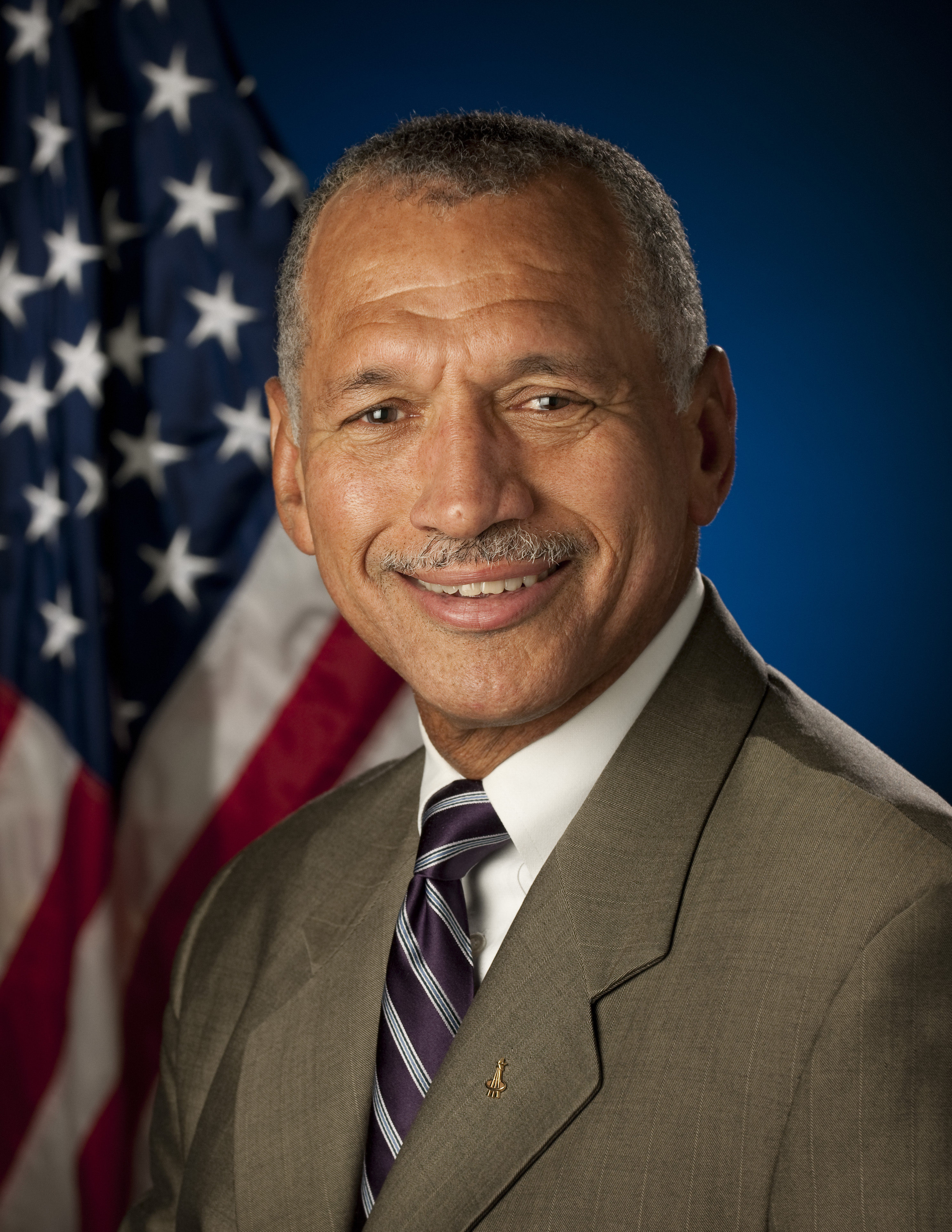 Maj. Gen. Charles Frank Bolden Jr., (USMC-Ret.) was assigned as the Deputy Commanding General of the 1st Marine Expeditionary Force in 1997. During the first half of 1998, he served as Commanding General of the 1st Marine Expeditionary Force Forward in support of Operation Desert Thunder in Kuwait. He was promoted to his final rank of major general in July 1998 and named Deputy Commander of U.S. forces in Japan. He later served as the Commanding General of the 3rd Marine Aircraft Wing at Marine Corps Air Station Miramar in San Diego, Calif., from 2000 - 2002. He retired from the Marine Corps in 2003. Bolden's many military decorations include the Defense Superior Service Medal and the Distinguished Flying Cross. He was inducted into the U.S. Astronaut Hall of Fame in May 2006 and enshrined in the National Aviation Hall of Fame in October 2017.

Bolden was nominated by President Barack Obama and confirmed by the U.S. Senate as the 12th Administrator of the National Aeronautics and Space Administration (NASA). He began his duties as head of the Agency on July 17, 2009. As Administrator, Bolden lead a nationwide NASA team to advance the missions and goals of the U.S. space program.

Bolden's 34-year career with the Marine Corps also included 14 years as a member of NASA's Astronaut Office. After joining the office in 1980, he traveled to orbit four times aboard the space shuttle between 1986 and 1994, commanding two of the missions and piloting two others. His flights included deployment of the Hubble Space Telescope and the first joint U.S.-Russian shuttle mission, which featured a cosmonaut as a member of his crew.

Bolden received an appointment to the U.S. Naval Academy, where he earned a Bachelor of Science degree in electrical science in 1968 and was commissioned as a second lieutenant in the Marine Corps. After completing flight training in 1970, he became a Naval Aviator. Bolden flew more than 100 combat missions in North and South Vietnam, Laos, and Cambodia, while stationed in Namphong, Thailand between 1972 - 1973. Bolden earned a Master of Science degree in systems management from the University of Southern California in 1977. In 1978, he was assigned to the Naval Test Pilot School at Patuxent River, Md., and completed his training in 1979. While working at the Naval Air Test Center's Systems Engineering and Strike Aircraft Test Directorates, he tested a variety of ground attack aircraft until his selection as an astronaut candidate in 1980.

Bolden is married to the former Alexis Walker of Columbia, SC, and they have two children, COL A. Che’ Bolden, USMC, and Dr. Kelly M. Bolden, MD. They have three granddaughters, Mikaley (17), Kyra (14) and Talia (11). He serves today as the President and CEO of The Bolden Consulting Group LLC, a veteran-owned small business specializing in aerospace, national security and education.