The history and importance of failure in science 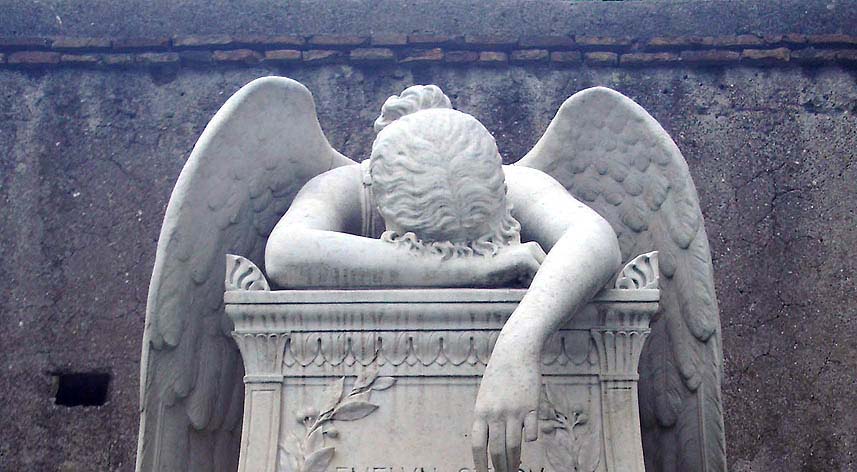 Arguably the most important chemical reaction ever studied is fire. Fire created light in darkness, heat when it was cold, and could be used to fundamentally change the properties of materials. Many of the ancient world’s great intellectual thinkers came up with fantastical explanations for how fire caused wood to burst into flames, melt rocks into a shiny metal, and provide light when there was none. Virtually all of them were failed theories. These led to experiments where we learned that baking mud could create bricks and sautéing ashes in fat could make soap. These experiments all required creativity and the curiosity to consider bold new ideas for why nature was the way it was. It did not matter there was no good theoretical explanation for why these techniques made brick or soap; the fact was they did. It was these types of innovative experiments with fire that led to technologies that helped make it possible for civilization to prosper.

Everything that science has ever produced for society is a consequence of people embracing, expecting, and persevering from failure. True failure only occurs when an idea is given up on, when people stop being curious about why something happened in a way they did not expect. Science has prospered for centuries because it has always been driven by pure curiosity and curiosity does not care if it is right or wrong.2 Albert Einstein gave all the credit for his accomplishments to his curiosity. “I have no special talent. I am only passionately curious,” he once said. It took decades for Einstein to come up with his theory of relativity and the experience was riddled with failures.3 Where would we be today had he given up because the problem was too hard? Where would we be if Einstein had not had the opportunity to be curious? Where would we be if Einstein had not persisted through his many failures?

The current failure problem in science

Today science is an industry; it is a tool that drives economic progress.4 The demands for exponential growth puts an extraordinary amount of pressure on scientists to produce breakthrough after breakthrough, year after year. While competition is good for science, it has also created an environment where failure is no longer acceptable in the scientific community. Without the ability to fail, science can only achieve so much because scientists who cannot fail cannot be creative. Creativity is the key to innovation and innovation is the key to revolutionary science, the kind of science now demanded by the desires and requirements of society.

The consequence is that scientists no longer have time (or the luxury) to think about big, bold ideas and take the necessary risks needed to produce truly revolutionary science. People’s jobs rely on the outcome of their results in the lab. Scientists cannot be expected to take risks with their experimental designs when those risks might translate into unemployment. Today, the pressures and demands on our scientists are causing them to take fewer risks and produce boring, low-quality science. A 2015 study by the Nuffield Council on Bioethics on the culture of scientific research in the UK provides evidence to support this. They found the scientific research environment in the UK does not support (or encourage) the activities scientists believe are necessary to achieve what they think is high-quality science; science that is rigorous, accurate, original, honest, and transparent.5

I have personally experienced similar pressures in the United States after a decade “at the bench.” Scientists are pushed to publish rather than pushed to be innovative. In order to publish, projects cannot fail. This means that projects are less risky. Dishonest reporting of results can result when there is excessive pressure. In a paper published in Nature, the authors claimed to be able to turn normal adult cells into stem cells by shocking them for 30 minutes in acid.6 The pressure to report what would have been a “game-changer” for science led the authors of this paper to manipulate their data to hide the fact their theory was incorrect.

The institutions that the fund scientific projects are reluctant to offer money to projects that might fail. The irony is that these institutions seem to believe that being risk-averse will produce more creative and innovative research, despite the fact there exists evidence to the contrary. In 2010, a group of scientists from MIT and UCSD compared research from the National Institutes for Health (NIH) and the non-profit, Howard Hughes Medical Institute (HHMI) to determine which produced more innovative and influential research.7 In this analysis, NIH was considered the more conservative funding institution because it required extensive data and explanation for their grants, while HHMI was considered the more risky institution because they relied more on the scientist’s ideas rather than any actual evidence for their grants. They concluded that the riskier HHMI grants were generating more innovative and influential research. When scientists are placed in an environment where their ideas are not restricted by the fear that their intuitions have to be correct before they get a chance to validate them, it leads to more innovative science and greater returns on the investment.

We need more institutions like HHMI willing to take on the risks required to create revolutionary science. The military agency DARPA8 is another institution that has a clear track record of taking on big risks to reap big rewards. Institutions like HHMI and DARPA know that science is driven by curiosity and being curious means that you are uncertain about what something means. The vast majority of institutions that fund scientific research are more curious about the actual monetary gain on their investments than the science being funded.

If the goal is to create evolutionary science (as Roberta Ness who authored the book, Creativity Crisis9 calls our current approach to science) then we just need to keep doing more of the same. The pressures being applied by the institutions that fund science are incentivizing scientists to be risk-averse. This is going to evolve our scientists to be benign players in science and will ensure we are no longer the leaders pushing the frontiers.

General Alfred M. Gray, Jr. USMC, who served as the 29th Commandant of the Marine Corps, is a great US leader and frequently gives the advice that, “There is nothing worth seeking that does not involve risk.”10 If we want the really great things science has to offer we have to be willing to risk something to get it. America has always been a leader when it comes to S&T breakthroughs. We pride ourselves in being the hardest workers and the greatest minds. If we want to remain leaders in the S&T world then we have to stop punishing failure and start fostering it.

We have to stop relying so heavily on the “return on investment” metric when funding basic science. The reason we invest in science is more about the societal knowledge and tools gained from these experiences. Our investments of time and money into science are worth it. We need to be funding both basic and revolutionary research ideas. As a whole, people invest in things they do not expect to gain from financially, like going to the movies, going on holiday, or having a night out on the town. We need to invest in science like we invest in our own ventures, recognizing that it is worth investing in science because it provides a benefit to our lives we cannot get any other way. Seeing one bad movie is not going to make us stop going to the movies. For the same reason, investing in one science endeavor that fails should not make us want to stop funding risky science.

Failure teaches about what works and what doesn’t work. The ability to fail allows for the freedom and flexibility to try new approaches to solving problems. If venture capitalists had to be right nearly all of the time they would never invest in anything that had the potential be truly game changing. If we want groundbreaking next generation science it will require a culture change that embraces failure in the work our scientists do and the projects our institutions fund.

The United States is being challenged in the realm of science for their role as the world’s leader in innovation. In 2011, NSF started the Creative Research Awards for Transformative Interdisciplinary Ventures (CREATIV)11 that was intended to “attract unusually creative high-risk/high-reward interdisciplinary proposals.” This program seems to have lost support. If we are too careful with the ideas we chose to support we will almost certainly lose our position as the leaders of the S&T world to a more risk-tolerant nation. Producing a new culture will help us develop the right incentives to spawn creativity from our Nation’s brightest scientists and will help us better managed our risks in the science we fund. Doing this is the only way to spur a surge of innovative solutions to the complex S&T challenges we know we are going to face. The only way we can fail going forward is by being afraid to fail.

1. Brilliant Blunders: From Darwin to Einstein – Colossal Mistakes by Great Scientists That Changed Our Understanding of Life and the Universe (New York: Simon & Schuster, 2015).

Charles Mueller, PhD is a Research Fellow in the Science and Technology Policy Directorate, Director of the Regulatory Science and Engineering Center, and a CReST Fellow at the Center for Revolutionary Scientific Thought at the Potomac Institute for Policy Studies. 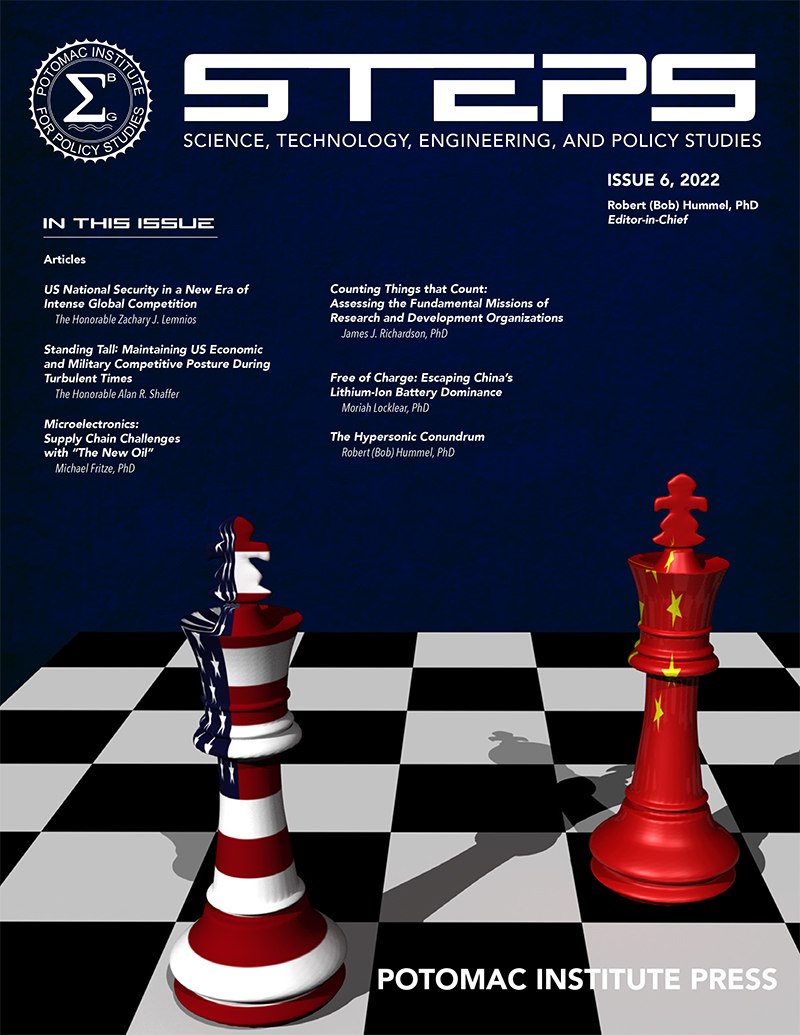