You are here: Home » Articles » The Cost of Access

The Internet has become a platform of societal interaction: an information repository, communication tool, commercial-space, and a location for self-brand promotion. Internet web platforms provide users with petabytes of data at their fingertips, and thus provide opportunities for commerce, research, and societal interaction, all at what appears to be no cost. However, access is not free. When an individual accesses their email, a web search platform, online banking, or any other Internet service, the cost of access is the collateral divulging of data – data that has immense value. 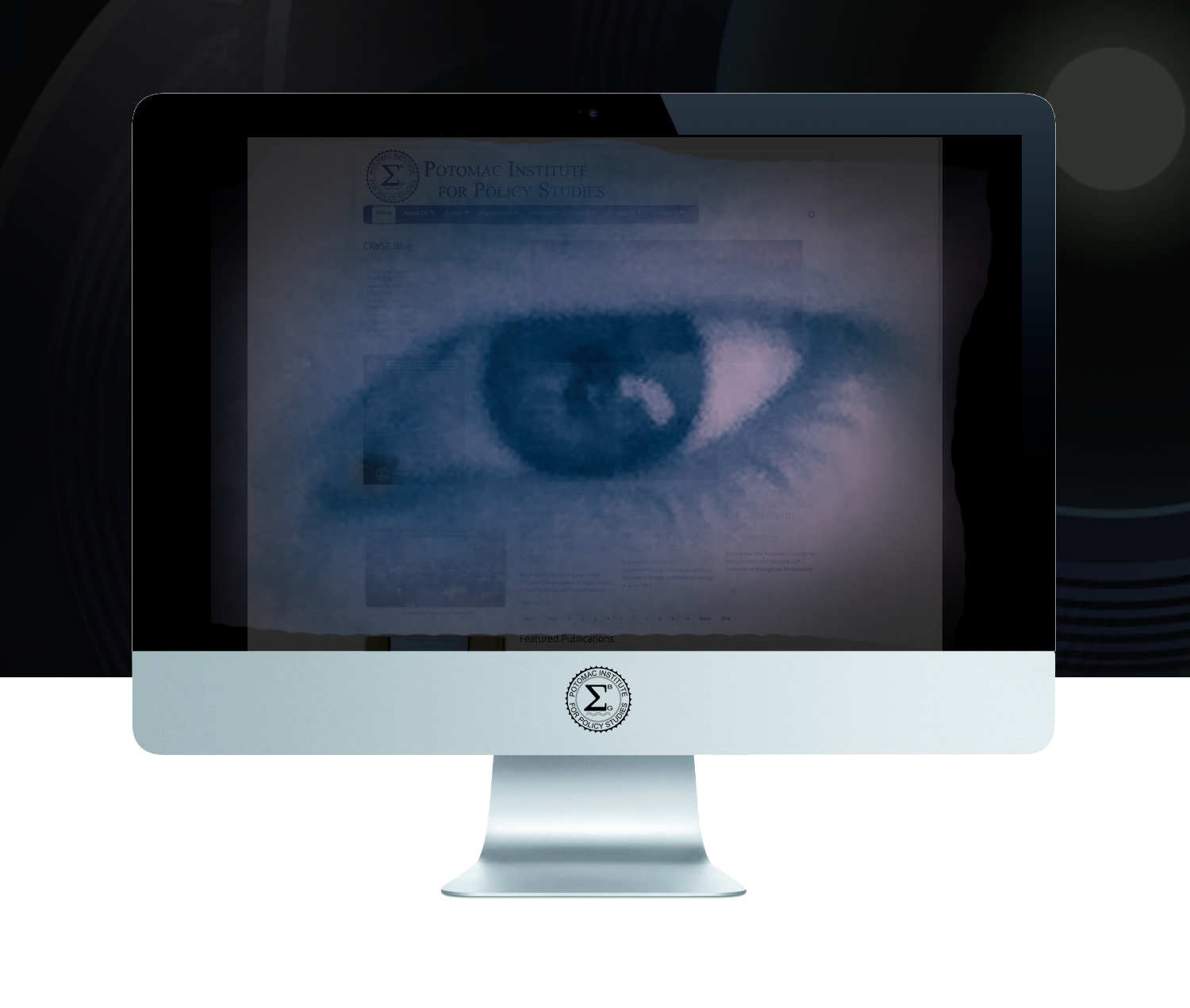 As data begins to reveal more information about individuals, its value and impact on individuals will increase. Indeed, the value derived from data has already been compared to 18th century commodities, such as oil1 or 17th century power derived through land.2 Data is the 21st century equivalent of oil or land – an asset that corporations and governments alike are trying to tap.

Privacy Fix, an app developed by the security software company AVG, has attempted to estimate how much a specific individual’s data may be worth to some of the Internet’s largest tech giants. In 2014, the company estimated that the most valuable Facebook users generate about $37.98 in revenue per year, while an average Google user is worth about $223 in revenue per year.3 Multiply those figures by Facebook and Google’s nearly 700 million and 1.7 billion users respectively, and it becomes exceedingly clear that personalized data has immense value.

While the sharing of data has facilitated healthier living, smarter cities, more effective disease control and prediction, and any number of other benefits4, there is a cost, a darker underbelly to the sharing and accumulation of personalized data.

In a 2014 report by the World Privacy Forum5, Pam Dixon and Robert Gellman note that data brokers, analytical firms, and retailers are using personal data to create hundreds of inaccessible consumer scores, ranking individuals on the basis of their perceived health risk, likelihood they will keep their job, and their supposed propensity to commit fraud. Data brokers have been known to use data to sort individuals into marketable categories: potential inheritor, diabetic, senior needs, low credit, etc. Companies such as InfoUSA have sold lists of “gullible seniors.” Others, such as Teletrack – which was later fined by the FTC – sold lists of people who applied for nontraditional credit, such as payday loans, to companies who wanted to target high-risk consumers for poor financial deals. The use of secret consumer scores and data profiles can cast an indelible stain on individuals, and are becoming sources of classification, profiling, and discrimination.6 For example, in 2011, Google explained how consumers with “high value profiles” received bids by corporations for targeted advertisements to their profiles.7 Meanwhile, consumers with “low-value profiles,” often received no bids at all. Jeff Rosen of George Washington Law warns that this will essentially eliminate a free and open marketplace; as consumers will no longer “haggle” with sellers on equal terms, while being unaware of what discounts and prices other preselected individuals are being offered.8 Even more problematic is the fact that these consumer scores could affect an individual’s eligibility for a new job, a loan, credit, or affordable insurance. In short, one could see the emergence of a class of “digitally disenfranchised” individuals, whose prospects and ambitions are limited or denied due to the existence of “digital scarlet letters.”

Perhaps more troubling than the profiling itself, is that these profiles are often wrong. Indeed, the Economist ran a blog on the increasing backlash against big data, noting three mainstream criticisms of big data.9 While big data criticism is not an attack on the data itself, it is a critique on the numerous perceived deficiencies of data analytics. Data analysis can come to erroneous conclusions and correlations. In a conversation with an insider from a data aggregation and profiling site, the person revealed that the company’s labeling is correct only 40% of time.10 While an accuracy rate of only 40% may not seem like a big deal when Amazon is using individual data to tailor-make book recommendations, a 60% error rate looks a whole lot more disturbing when that same data is then used to determine job eligibility and proclivity to commit crime.

The cost of data insecurity

However, it is not just the misuse or profiling of individuals through their data that come at a cost, the storage of that data also poses significant risk.

In 1998 a group of hackers called LOpht warned Congress that “if you are looking for security, then the Internet is not the place to be”11 – computer software, hardware, and networks had not been designed with security in mind. Seventeen years later, not much has changed. Melissa Hathaway, the former acting director for cyberspace at the National Security Council, and John Stuart, Senior Vice President of Cisco, notes that there are currently “no standards – much less enforceable ones – for devices connecting to the Internet, aside from those inconsistently created by network operators. In addition, entire industries are building connectable devices with little to no experience or history in building (secure, resilient, well-engineered) connectable devices.”12 The devices, software, hardware, and networks by which people access Internet platforms are inherently insecure, and this insecurity puts data at significant risk.

Indeed, in the past six months, nearly 91 million consumer social security numbers were compromised through the corporate breaches to Premera Blue Cross and Anthem. However, that pales in comparison to the EBay and Home Depot 2014 breaches that compromised 145 million and 109 million consumers respectively.13 In 2013, the number of breached records grew by 350%, resulting in over half of the US population’s personal information being exposed.14 The Center for Strategic and International Studies estimates that the annual cost to the global economy from cybercrime is more than $400 billion.15 Data breach and cybercrime can have wide reaching implications for individuals, resulting in financial loss, identity theft, intellectual property (IP) loss, and the erosion of consumer confidence and trust.

Moreover, as the recent Office of Personnel Management (OPM) hack highlights, governments’ stores of personal information are not immune to breach. The OPM breach, which could affect up to 32 million Americans, and likely involves at least 4 million government clearance application (SF-86) forms, has been labeled by some as “w0rse than the Snowden affair.”16 The personal nature of information in the SF-86 – foreign contacts, past employment and residencies, credit history, drug-use, travel, among other information – makes the documents the “crown jewels” of intelligence.17 They reveal an individual’s vulnerability to blackmail or recruitment. Moreover, sensitive details about an individual’s interaction with foreign nationals could be used against those nationals in their own country. While the breach of this data inevitably is a cost to government, it is also of significant cost to those individuals and foreign nationals whose privacy was violated.

As government, industry, and academia shift toward digitizing, marketing, and selling information, they have passed the cost of access to the consumer. Although online accessibility is presented to the consumer as a convenience, the consumer incurs the cost and associated risk of practice.

The cognitive aspects of "free" products

In light of these costs, it is problematic that people are not wired to rationalize the potential downsides that arise from using these services and platforms.  A study by Kristina Shampanier et al. shows that people offered a choice between a 1-cent Hershey’s or a 26-cent Ferrero chocolate will generally prefer the Hershey’s, but that when they are offered a choice between a free Hershey’s and a 25-cent Ferrero, there is a significant increase in their preference for the Hershey’s.18 While the actual monetary value of both types of chocolate decreased at the same rate, the participants’ behavior indicated that they perceived additional value in the free Hershey’s. Even when the Hershey’s price is held constant at zero, and the Ferrero price is reduced by a significant amount, people still prefer the free chocolate. This effect was replicated across a wider range of products with heftier prices as well. The reduction of a price to zero has a more powerful effect on behavior than a significant price reduction for another item that still has a positive price.

While the study of consumer choice with Hershey’s chocolate may appear to be vastly different from individual access to Internet platforms and services, it does provide insight into consumer behavior when a product or service appears to be free. The fact that these Internet services appear to be free is disproportionately affecting individuals behavior and choices. Individuals need to be conditioned to realize that access to Internet platforms and services do come at a cost.

While the Internet and its associated platforms yield immense societal and economic benefits, access does come at a cost. The onus is on individuals, corporations, and governments to mitigate the risks. The following are suggestions for each stakeholder.

While these suggestions are certainly not meant to be exhaustive, their implementation could provide a framework for consumer protection moving forward. Today, consumer risk and digital access are intermingled, and cannot be viewed as separate entities. In the future, as the “Internet of Things” becomes a ubiquitous reality – and more of our critical services are connected to the Internet – consumers (and their data) will be increasingly at the mercy of those devices and platforms. There will always be a cost incurred for the benefits afforded by connecting our lives and our things to a digital universe of seemingly free access. The real question, moving forward, should be at how steep of a price?