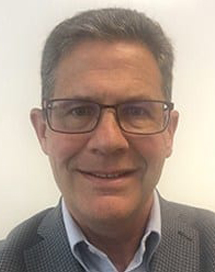 Doug Wolfe is a member of the Board of Regents and Senior Fellow. Mr. Doug Wolfe has been Member of Government Advisory Board at TransUnion since August 2018. A recognized federal government leader, Mr. Wolfe served 33 years with the CIA and was its Associate Deputy Director of Science and Technology. He retired from federal service in December 2017 and today he oversees operations at BlackLynx, which specializes in high-performance analytics and computing. He served as Chief Information Officer (CIO) at the CIA from 2013 to 2016, in charge of Agency Information Technology (IT) vision and strategic direction, along with advising the Intelligence Community (IC). Throughout his career, he served multiple CIA positions, among them were Deputy Director for Acquisition, Technology, and Facilities at the Office of the Director of National Intelligence (ODNI); Deputy Director of the Office of Global Access (OGA) and Program Manager overseeing the end-to-end system acquisition of an innovative new source and method for the Intelligence Community. He holds a bachelor's degree in mechanical engineering from the University of Southern California, and a master's degree in system engineering from Virginia Tech.