You are here: Home » Articles » April 2022 » The Hypersonic Conundrum 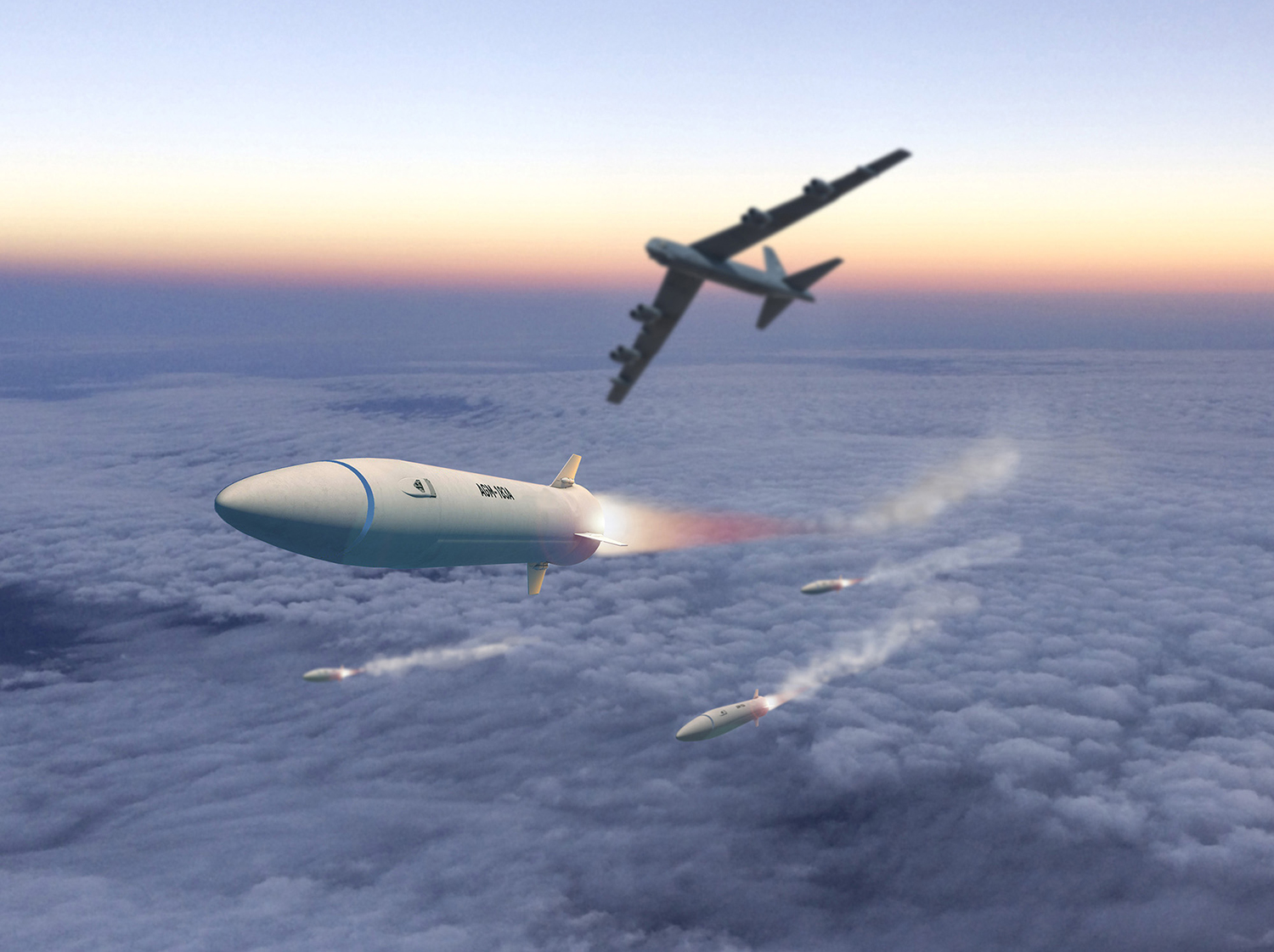 The United States is behind Russia and China in the development of technologies and systems to field hypersonic missiles, and methods to defend against them. Both the Russians and Chinese have operational offensive hypersonic systems, which are aerodynamically maneuverable and are designed to defeat US defenses. The US is years from deploying comparable systems, and current missile defense systems were not designed to address hypersonic weapons.

The hypersonic development of both offensive systems and defensive capabilities involves more than new weapons systems that require new programs of record. These weapons completely change the strategic balance by countering western strategic and tactical deterrence. Specifically, hypersonic weapons can nullify air and ballistic missile defense and undermine the safety of the strategic nuclear arsenal, eroding the tactical advantage to global freedom of action that nuclear deterrence represents. How has this happened? At one point, twenty or thirty years ago, hypersonic technology was dominated by US science. Despite some US hypersonic technology developments initiated in the 1990s, much of that work was largely neglected as later budgets diverted funds to support the “War on Terror,” and budgets for Overseas Contingency Operations dominated concepts for “Great Power” technology developments. In the meantime, those adversaries determined that to reestablish a credible deterrent and to defeat US missile defense systems, they needed to develop the technologies that we now call “hypersonic weapons,” which is actually a suite of technologies that encompass much more than simply traveling fast (see box).

President Theodore Roosevelt established the “big stick policy:” stating “speak softly but carry a big stick.” Russia and China now have big sticks, to which we are yet to have an effective defense. While hypersonic weapons can carry nuclear payloads, they are also suited to conventional precision payloads and can in some cases obliterate a target without explosives through the energy carried by their terminal speed. Without a defense or a comparable stick, the US is no longer feared. The geopolitical order is being rearranged based on a competition of missile and autonomous systems technology.

Similar to when the Nazis grabbed territory in 1938, annexing portions of Austria, Czechoslovakia, and Danzig, the US now confronts a situation where Taiwan and other territories claimed by adversaries are threatened by limited hybrid aggression, involving cyber and missile threats. Ukraine is actually invaded. While not the sole contributing factor, it does not help that the US can no longer answer the weapons that emboldened adversaries have developed. 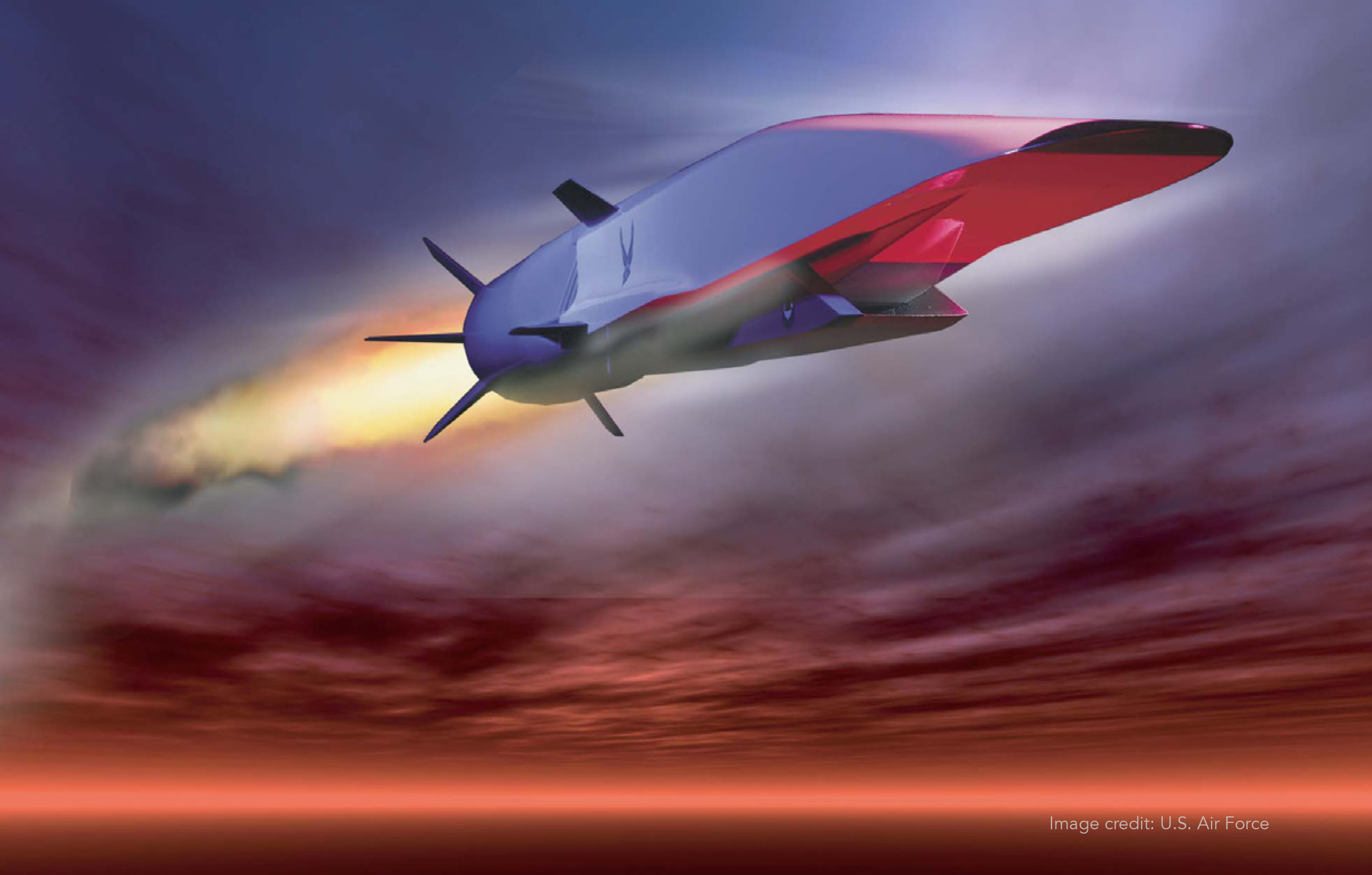 The threat of escalating potential conflicts to ballistic nuclear attacks and counter attacks is not a desirable option and is not a reliable deterrent to our adversaries’ use of conventional hypersonic weapons. Negotiating missile defense agreements is equally unlikely to be successful.

The Pentagon has begun addressing the new hypersonic developments, but with insufficient urgency. The Department of Defense is investing in hypersonic weapon systems development (and to a far lesser extent, defense against hypersonic systems) in the last few years, but they are approaching the problem with a weapons development mindset. They view the solution as a set of projects for development of a weapon, aligned toward future major acquisition programs as programs of record, with an eventual series of upgrades. But these technologies, weapons, and defense systems are not just simple weapon acquisition issues, but instead require an offset strategy that provides both strategic and tactical solutions to achieving stability and deterrence.

The largest programs, the “Conventional Prompt Strike” and the “Long-Range Hypersonic Weapon,” use existing technologies, and thus are little more than smart rocks, albeit fast smart rocks. Further, they intend on developing prototypes, and won’t be ready for regular operational deployment for at least five years. A dozen other projects, coordinated by the Research and Engineering branch of the Pentagon, have their own problems and limitations. Funding for defense technologies is a tenth of funding for offensive weapon developments. And in many cases, the necessary advanced technologies are not sufficiently mature for incorporation into weapons development.

At Congressional direction, the Department of Defense established the Joint Hypersonics Transition Office (JHTO) in FY2020 with a hundred million dollar Congressional add. According to the budget justification, the office “was created to establish a university consortium for hypersonics research and support workforce development; expedite testing, evaluation, and acquisition of hypersonic technologies…, integrate advanced technologies to speed the maturation and deployment of future hypersonic systems; develop strategies and roadmaps for hypersonic technologies to enable the transition of such technologies to future operational capabilities for the warfighter; and develop and implement a strategy for enhancing the current and future hypersonics workforce.” These are critical goals, yet the FY22 budget request halved their funding.

It would be nice to avoid an arms race and have all agree to forego these weapons. But, the Bear is really out of the bag and it is too late for that option. If the US wants to remain relevant on the world stage of defense of freedoms and democracy, it must regain dominance in missile defense and missile strike.

The only way for the US to achieve hypersonic dominance in a relevant time frame is to aim to “leap-ahead” of Chinese and Russian capabilities. It is not enough to catch up over a period of years, oblivious to adversary developments and expanding capabilities. The Nation needs a focused effort that achieves, on its own, more deterrent capability than its Russian and Chinese counterparts.

The necessary goal can only be achieved through pursuit of aggressive government science and technology, married closely with industrial R&D and motivated defense industries, in a moonshot program that wisely pursues paired offense and defense strategies and gains strong collaborations on shared goals. We need tomorrow’s technologies for hypersonic maneuverable missile systems and defenses against them, today.

This paper is an outgrowth of extensive discussions that took place at the Potomac Institute for Policy Studies with Board of Regents members, especially Dr. Peter F. Bythrow, PhD; Senior Fellows; and staff. The author is grateful for their input.